A New Way to Get NFL Attention as a Snapper

The post I wrote a few years ago to help identify some key ways that snappers can get attention from NFL teams remains a popular one.  It may need a slight amendment this year thanks to the creativity of snapping prospect Charlie Coggins from East Carolina.

I was in Indianapolis yesterday during the Combine and met Coggins in the morning.  He mentioned that he was there to get some exposure, as Joe Cardona of Navy was the only snapper invited to the Combine.  While meeting Coggins, he mentioned that he brought some drink koozies to promote himself at various bars in Indy.

Today, I woke up to find that his unique promotional tool, shown below, had received significant attention on Twitter and in stories by various national football writers.  Although it is unclear if this marketing move will help his cause to get a shot in the NFL, Coggins has at least gotten people talking about him. 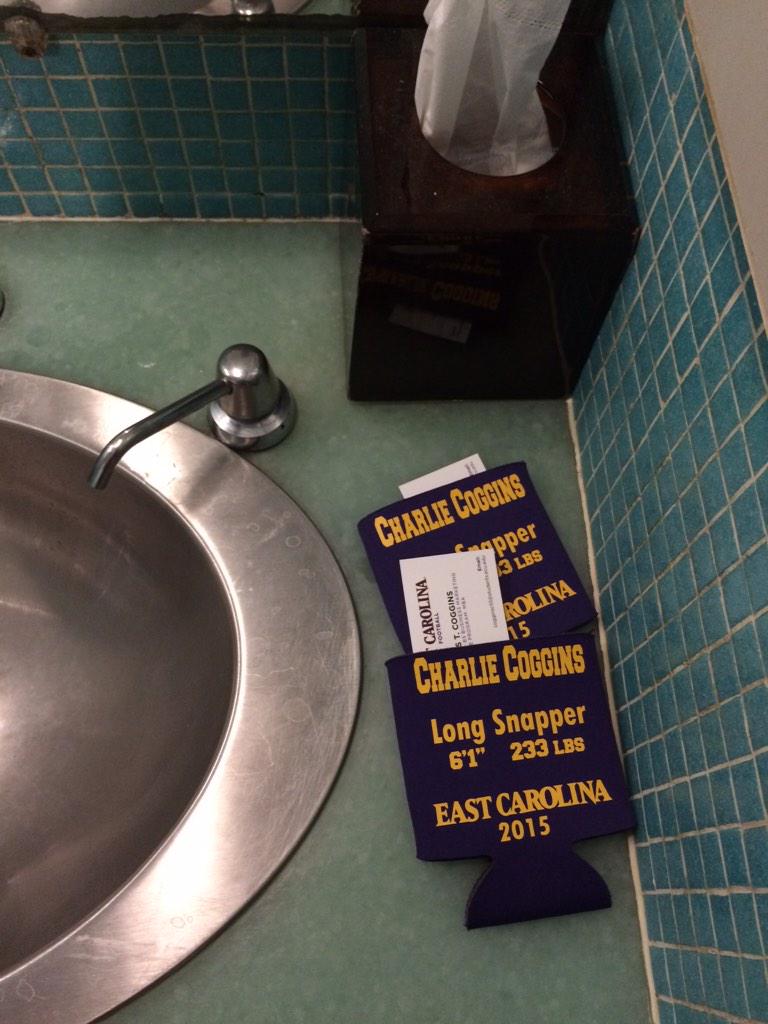 This entry was posted in College, NFL, NFL Draft, Snapping in the Media. Bookmark the permalink.

This site uses Akismet to reduce spam. Learn how your comment data is processed.